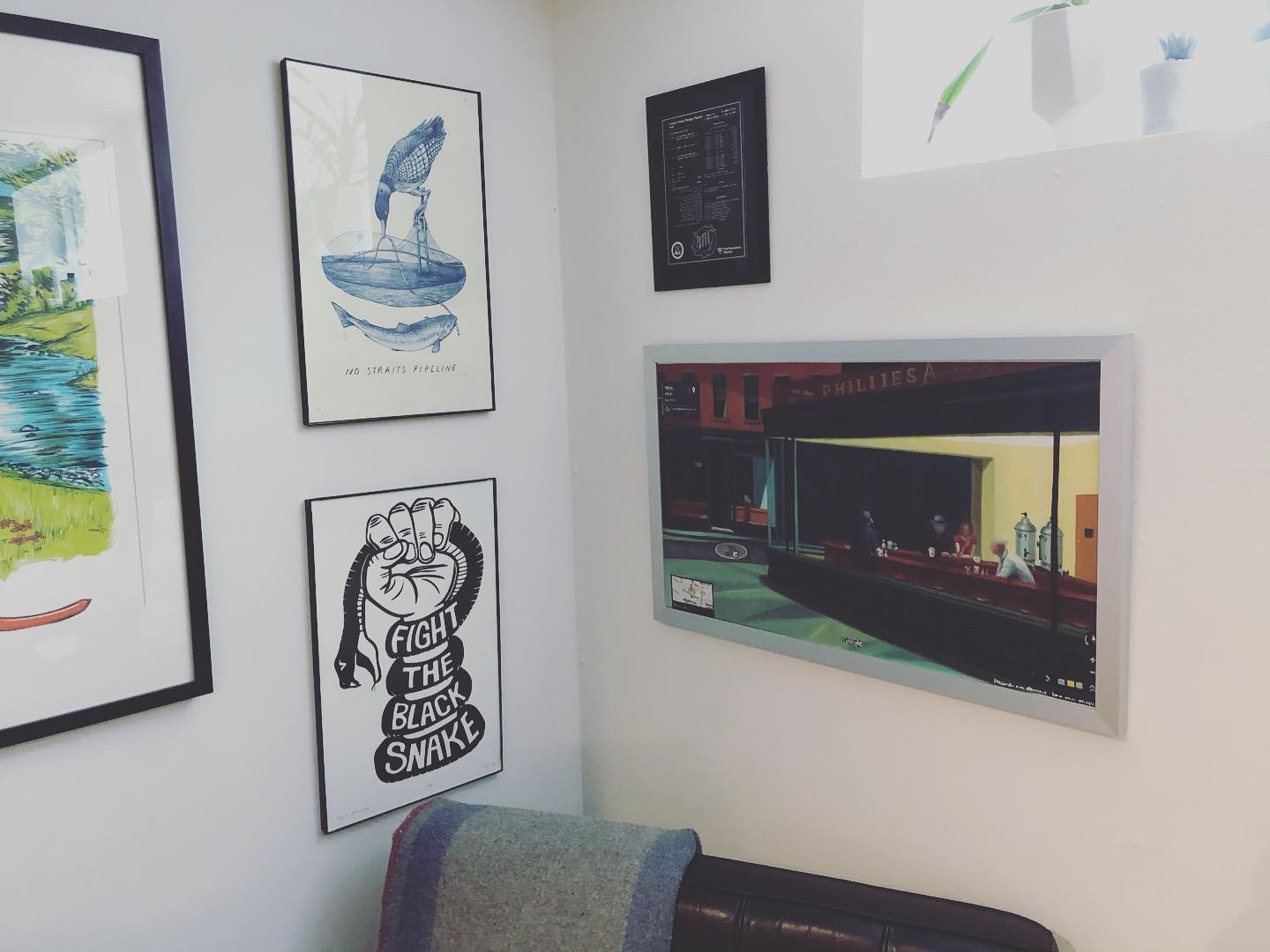 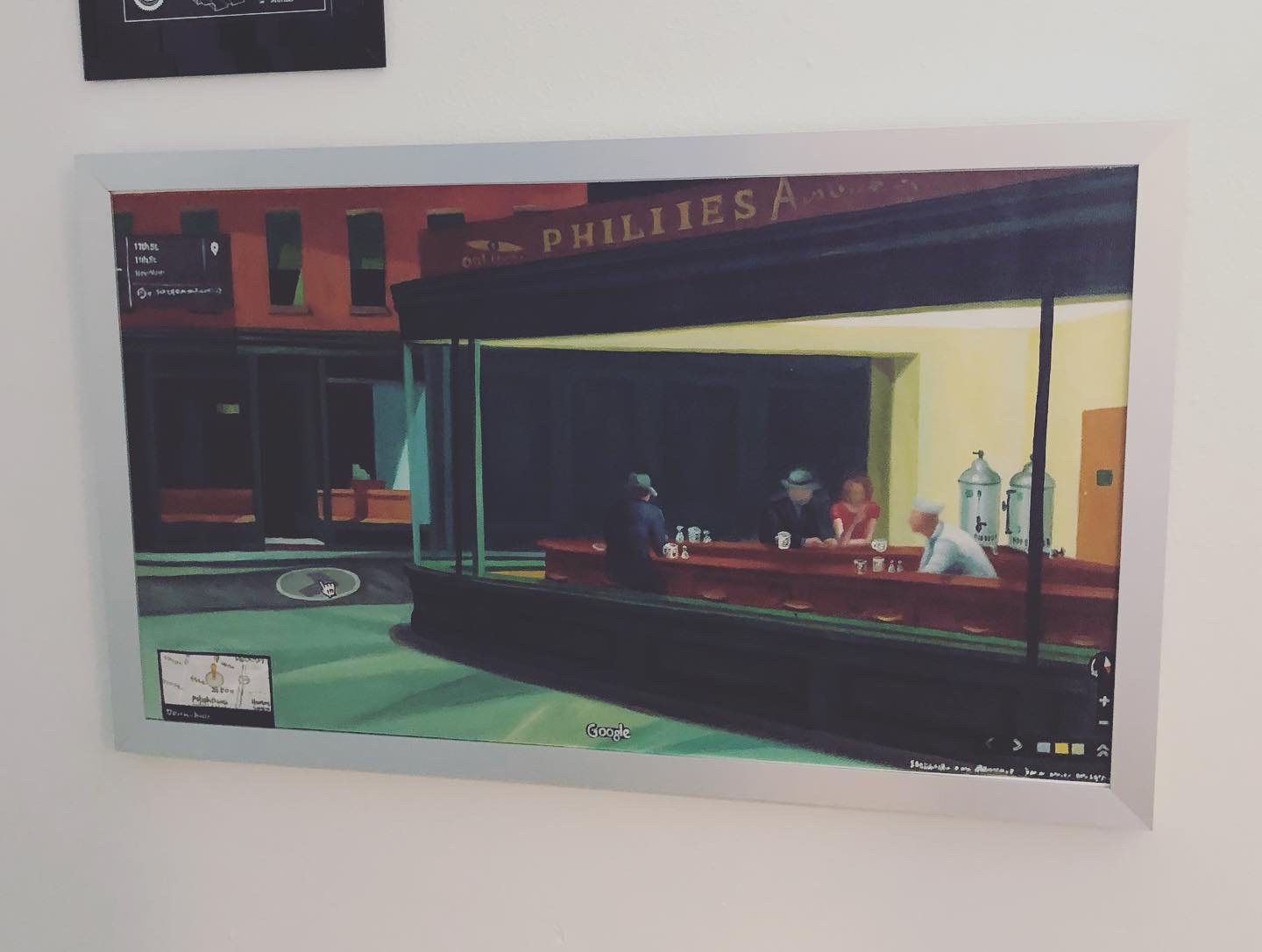 Finally, after years (file creation date says September 24, 2014) this project is complete. A couple years ago I got obsessed with designing Google Streetview over famous classic paintings. Edward Hopper’s Nighthawks seemed a pretty easy early choice. I tried some other classics of Paris streets although far too often the viewpoint was understandably painted from the sidewalk; but Hopper’s looks a little more like it could have been taken from a Streetview car.

After some extensive searching I couldn’t pinpoint if this was an actually location, so I settled on NYC (Where Hopper lived) and finding an acute intersection with similar buildings. At that point I grabbed the highest resolution image of Hopper’s work and took to Adobe Illustrator to reconstruct all the UI Google Maps lays on the screen. 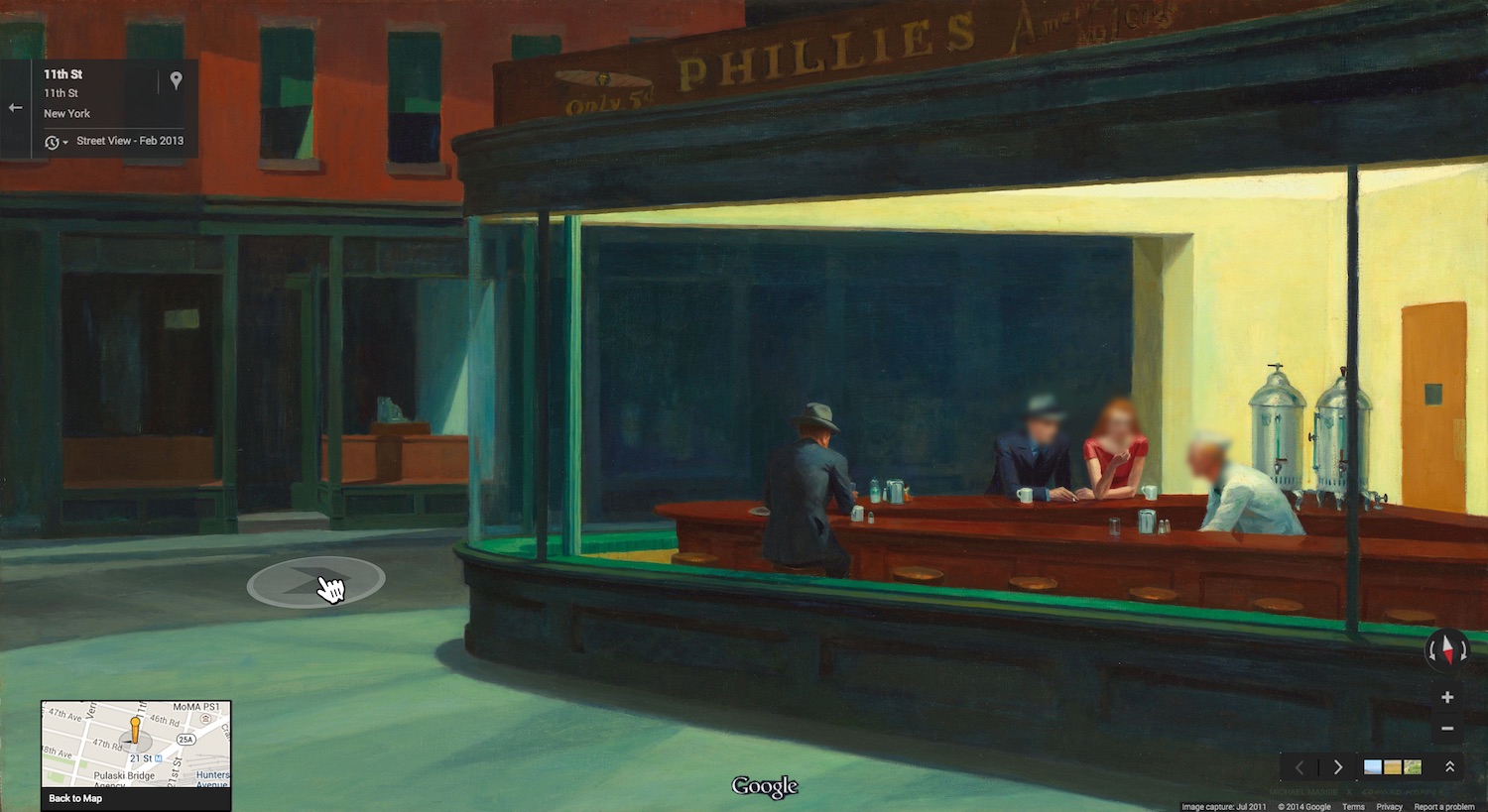 This is kind of where I thought I was done. I blogged about it and then archived it. Last year I was scrolling thru twitter and some people were talking about commisioning a photo to be painted in China. They had shared some pics and it was hilariously amazing. One I saw they mentioned the name of the site they ordered thru, it was off to the archives to place an order. Finally this week a frame arrived and I was able to get it up on the wall for all to enjoy.

I think my favorite part of the process was an email that came back a couple days after I had placed the order asking for a higher resolution image because the faces were blurry. Nope. That’s exactly how I intended.