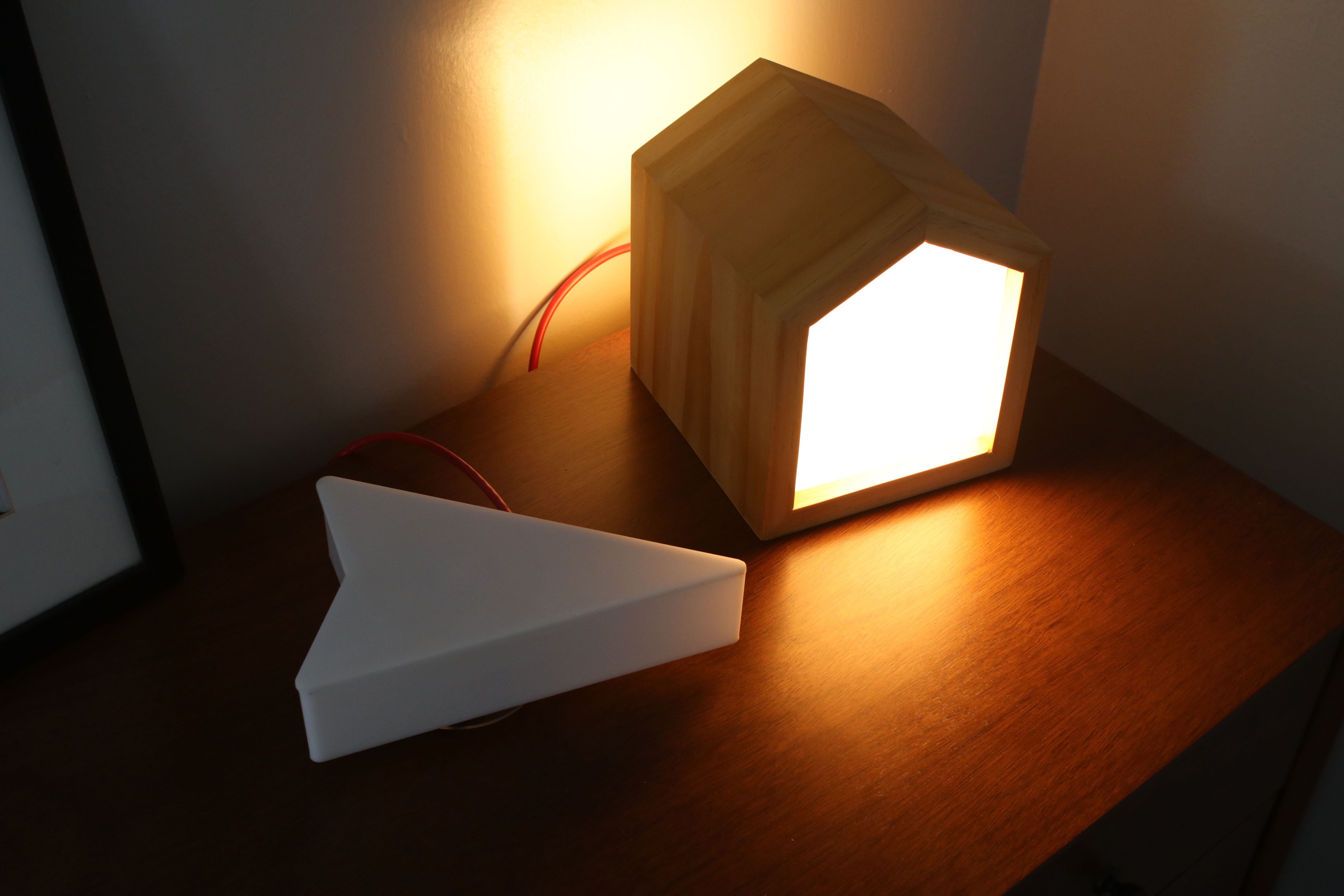 I started this small project two (2) weeks ago when our daughter(4) asked to make a project in the garage. She wanted “a home”. That was my design criteria.

As some necessary background, back in 2012 I was working on an Arduino lamp shaped like a GPS pin that would rotate to point to where my spouse was in the world. At the time Google Latitude was amazing for these little location projects because you could share your location via a URL. Near the time of completion of this lamp, which at the time was named OOMA, or Object Of My Affection, Google shuttered Latitude and subsequently sent the location stuff back to square one.

Fast forward 8 years and I’m apparently back on a location based lamp kick. To be fair, this new lamp @Home, was inspired by a very similar project that was found in core77.com probably around the same time I was making OOMA. It was two (2) homes, one (1) for two separate homes. I believe they used passive IR to see when there was movement in front of them and it would turn on the light in the other home to show the other family that they’re home. The concept here with @Home is similar. 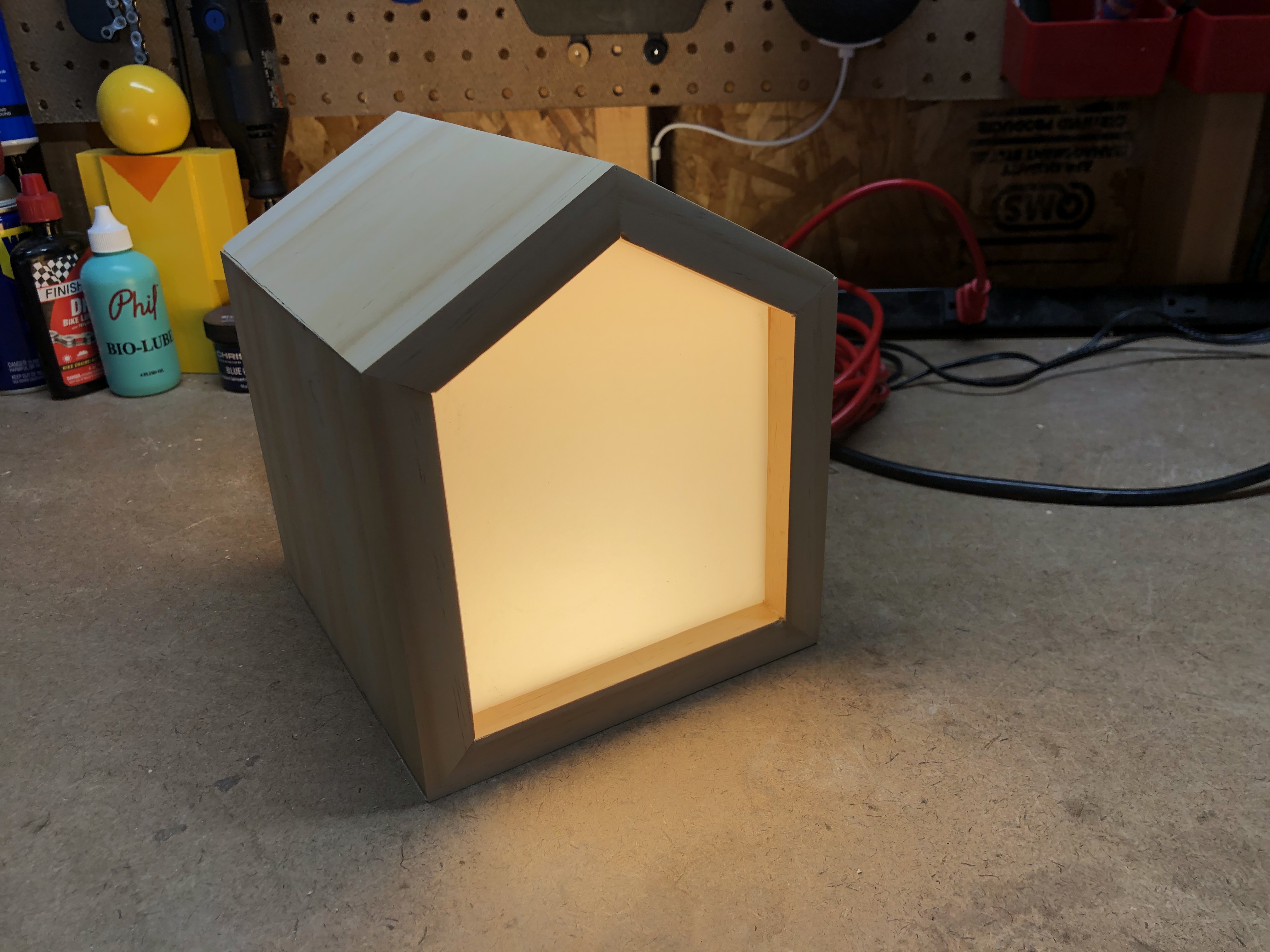 Recently our Daughter’s Godmother moved far away and I was searching for some way to visually shorten that distance. Unlike the original, passive IR and no manual options to let a child know the Godmother is around may make for many many calls and interruptions. I wanted to go with something a little more simple and opt-in. A WeMo switch for on/off is sufficient, offers the Godmother an option as to when to light up the lamp, and I can additionally tack on some rules so it’s not running endlessly in the guest bedroom.

Seems the right time to rename OOMA to Away to compliment @Home. No plans now to get Away working again, but they do seem to compliment each other. Additionally, our daughter had a little bit of a Zoolander moment when she saw the finished house and was very unimpressed by the scale of it.